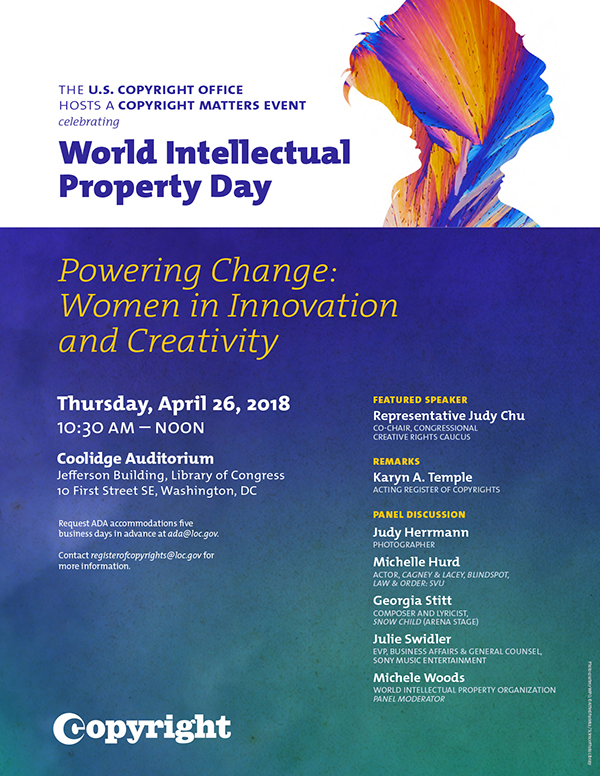 Michele Woods, head of the Copyright Law Division of WIPO, spoke and moderated a lively panel discussion featuring Judy Herrmann (photographer), Michelle Hurd (actor, Cagney and Lacey, Blindspot, Law & Order SVU), Julie Swidler (EVP, Business Affairs and General Counsel, Sony Music Entertainment), and Georgia Stitt (composer and lyricist, Snow Child). Audiovisual images introduced the work of Ms, Herrmann, Ms. Hurd, and Ms. Swidler. The event closed with a performance by Ms. Stitt (on piano) and her co-writer, Bob Banghart (on mandolin) of their original song, “The Things That Are True” from the musical, Snow Child, which premiered that night at the nearby Arena Stage.

World Intellectual Property Day, observed on April 26th since 2000, marks the date in 1970 when the WIPO Convention came into force. The anniversary of this occasion is observed as a way of promoting and increasing general understanding of intellectual property. This program was part of the Copyright Matters lecture series, and was free and open to the public. This event was also live-streamed. 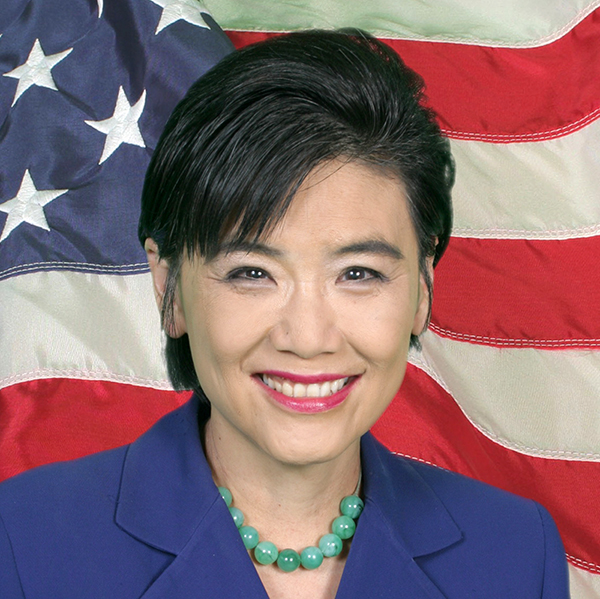 Judy Chu was elected to the U.S. House of Representatives in July 2009. She represents the 27th Congressional District, which includes Pasadena and the west San Gabriel Valley of southern California.

Rep. Chu currently serves on the House Ways and Means Committee, which has jurisdiction over legislation pertaining to taxes, revenues, Social Security, and Medicare. In that committee, Rep. Chu is a member of the Subcommittees on Health and Human Resources, giving her oversight over healthcare reform and crucial safety net programs. She also serves on the House Small Business Committee, which has oversight of the Small Business Administration, and is a member of the Subcommittee on Economic Growth, Tax and Capital Access.

Chu founded and co-chairs the Congressional Creative Rights Caucus, which advocates for the copyright protections of those in the creative industries, such as music, film and visual arts. She also serves in leadership of the House Democratic Caucus as a Member of the Steering and Policy Committee. 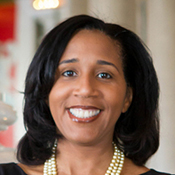 As Associate Register, she assisted the Register of Copyrights with critical policy functions of the Copyright Office, including domestic and international policy analyses, legislative support, and trade negotiations. She directed the Office of Policy and International Affairs, which represents the Copyright Office at meetings of government officials concerned with the international aspects of intellectual property protection, and she provided regular support to Congress and its committees on statutory amendments and construction.

Prior to joining the Copyright Office, Temple served as senior counsel to the deputy attorney general of the United States, assisting with the formulation of U.S. Department of Justice policy on sensitive legal issues and helping to manage the department’s Task Force on Intellectual Property. She also spent several years in private practice at the Recording Industry Association of America and at the law firm Williams & Connolly, LLP. She began her legal career as a trial attorney for the U.S. Department of Justice’s Civil Division through its Honors Program and also served as a law clerk to the Hon. Nathaniel R. Jones of the U.S. Court of Appeals for the Sixth Circuit. 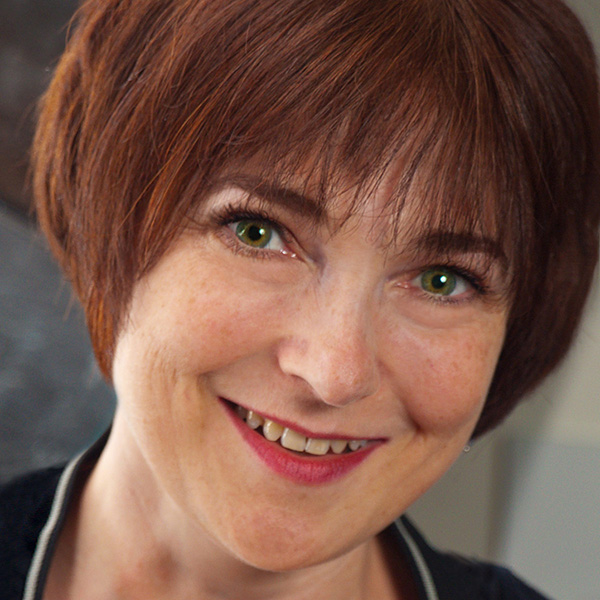 Since 1989, Judy Herrmann of Herrmann + Starke, www.HSstudio.com, has created distinctive imagery for advertising, editorial, and corporate clients that has won recognition from Graphis, Communication Arts, Lurzer’s Archive and numerous award annuals. A past national president of the American Society of Media Photographers (ASMP), Olympus Visionary, and recipient of the United Nations IPC Leadership Award, Herrmann serves as adjunct faculty for the Multi-Media, Photography & Design department at Syracuse University and speaks regularly at colleges, universities, and industry events. Her energetic and inspiring seminars on smart business practices have helped thousands of photographers compete more effectively. Through one-on-one consultations and her consulting site, 2goodthings.com, she helps people grow creatively and financially rewarding businesses. Herrmann is currently developing a comprehensive online course that will help photographers price their work and get paid what they’re worth. 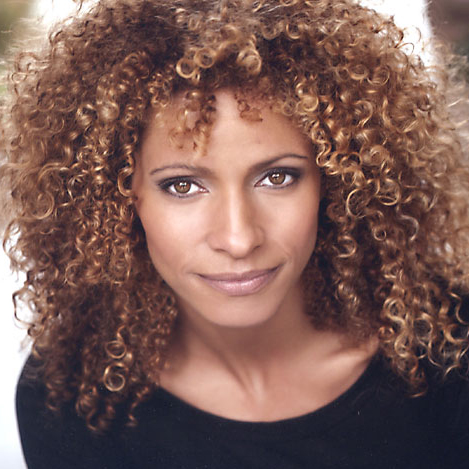 Hurd most recently can be seen on the comedy You Can Choose Your Family alongside Jim Gaffigan. Other film credits include Be Afraid, We Don't Belong Here (alongside Catherine Keener and Maya Rudolph), Search Engines, Within the Dark, Girl Most Likely (with Kristen Wiig), Random Hearts, Personals, Double Parked, Wolf and King of New York.


Hurd is a proud alumnus of NYC’s premiere artist community at Westbeth. 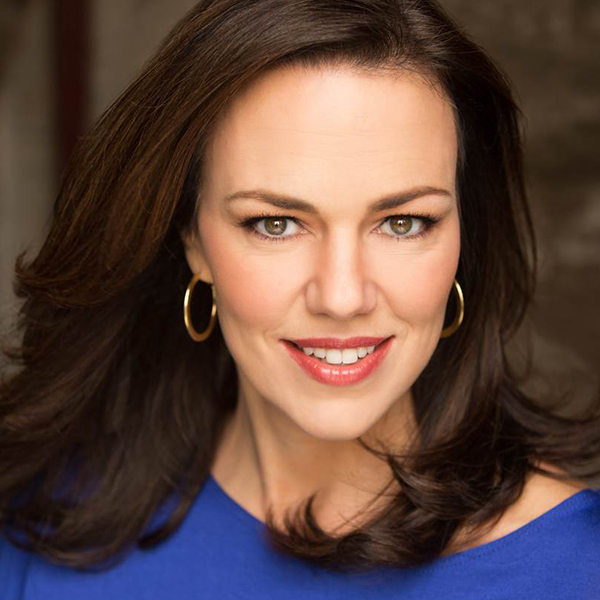 Georgia Stitt is currently writing the original musicals Snow Child (for Arena Stage), Blue Ridge Sky (with Hunter Foster), and an as-yet-untitled oratorio for choir and soloists.Her other shows include Big Red Sun Samantha Spade, Ace Detective; The Danger Year; Mosaic; and The Water. She has released three albums of her music: This Ordinary Thursday: The Songs of Georgia Stitt, Alphabet City Cycle (featuring Kate Baldwin)and My Lifelong Love. Georgia is on the Board of Directors for The Lilly Awards Foundation and is the Founding Director of MAESTRA, an organization for women theater composers and conductors. Other fun credits include music directing the recent Off-Broadway revival of Sweet Charity (starring Sutton Foster), music supervising the Anna Kendrick/Jeremy Jordan film The Last Five Years, and playing a nun in The Sound of Music Live! on NBC with Carrie Underwood and Audra McDonald. www.georgiastitt.com 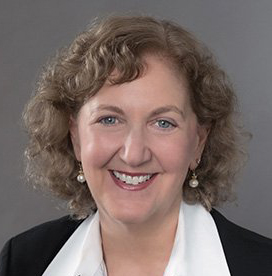 Julie Swidler is Executive Vice President, Business Affairs and General Counsel for Sony Music Entertainment, where she oversees business, legal and governmental affairs for the company globally. As Head of Business Affairs and General Counsel since 2008, Swidler has advised the company’s labels and operating units on everything from strategic negotiations and artist contracts to litigation and joint venture operations.

Julie has been a multiple recipient of Billboard’s Top Women in Music honor, Billboard’s Power 100 in Music list, the 2016 Grammy Foundation’s ELI Service Award and recently received the Lifetime Music Industry Award at the T.J. Martell Foundation’s 2017 New York Honors. She serves on the board of the T.J. Martell Foundation, the Board of Trustees of Union College, and is a frequent speaker on Entertainment Industry issues.

Julie holds a B.A. in Political Science from Union College and a J.D. from Cardozo Law School, where she was a member of the Cardozo Law review. She is married with three children and resides in New York City. 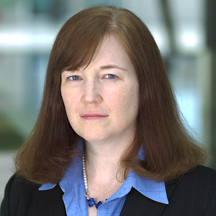 Michele Woods is the director of the Copyright Law Division at the World Intellectual Property Organization (WIPO) in Geneva, Switzerland. She serves as secretary of the WIPO Standing Committee on Copyright and Related Rights and was part of the Secretariat for the Diplomatic Conferences that adopted the texts of the Beijing Treaty on Audiovisual Performances in 2012 and the Marrakesh Treaty to Facilitate Access to Published Works for Persons Who Are Blind, Visually Impaired or Otherwise Print Disabled in 2013. In leading the Copyright Law Division, she supports WIPO members in activities related to the ratification and implementation of these and other WIPO copyright treaties. Before joining WIPO, Woods served as the Associate Register for Policy and International Affairs in the United States Copyright Office and was counsel in the Intellectual Property and Technology Department of the law firm Arnold & Porter in Washington, DC.