Reach for Gold: Copyright and Sports 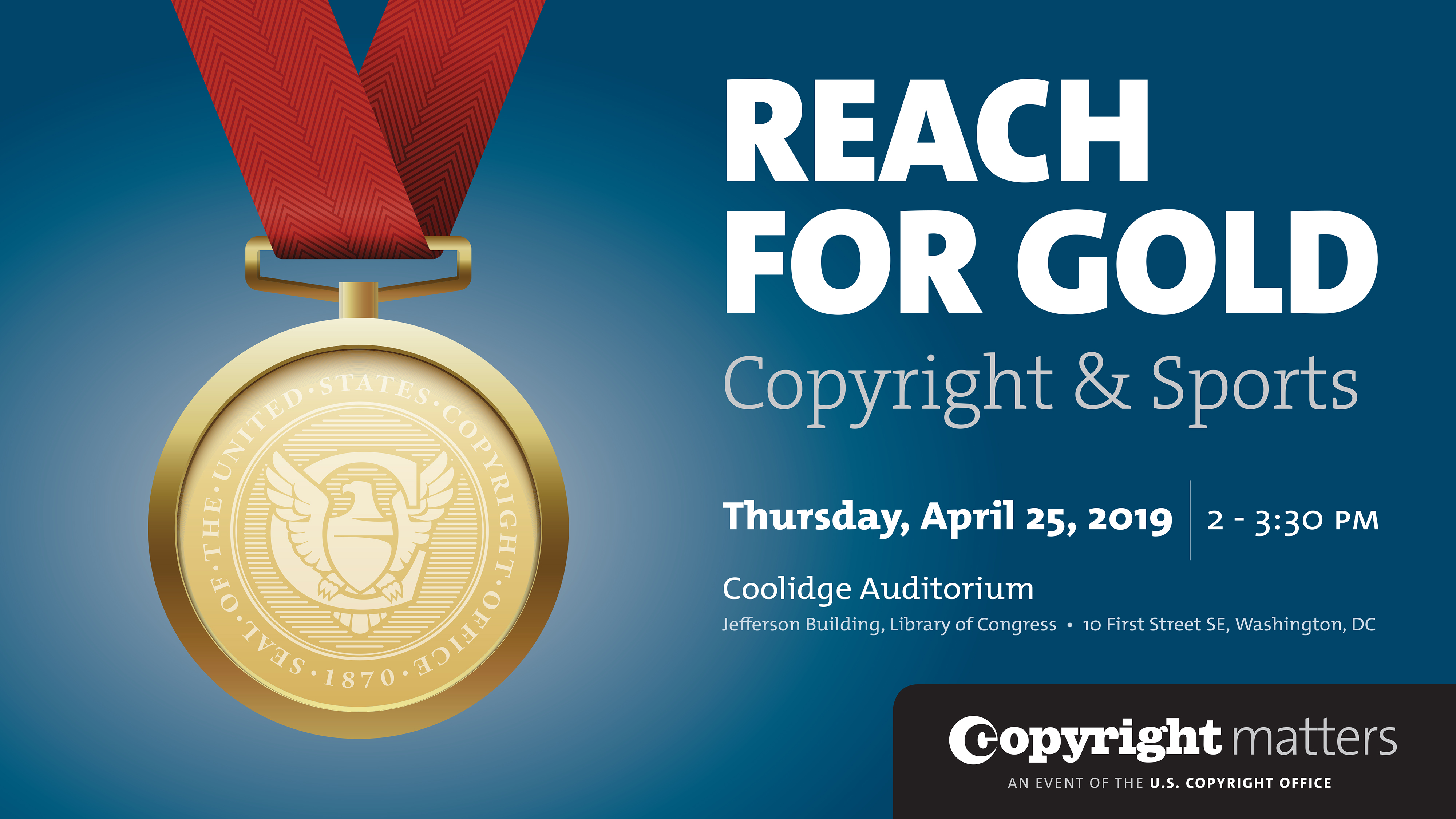 The U.S. Copyright Office will celebrate World Intellectual Property Day with a special event on Thursday, April 25, 2019 at 2:00 p.m. eastern time in the historic Coolidge Auditorium in the Jefferson Building in Washington, DC. This year’s theme, as announced by the World Intellectual Property Organization (WIPO), is “Reach for Gold: IP and Sports.”


The Copyright Office’s program will explore the unique and sometimes surprising relationship between sports and copyright. We will look at different points at which sports and copyright intersect, including how people watch games from home, the various ways athletes work with copyright to develop merchandise and more, and the burgeoning world of esports.


This event will also be livestreamed.


We will continue our celebration of World IP Day Saturday, April 27, at 10:30 a.m. with a special copyright-focused Story Time at the Young Readers Center at the Library of Congress. Weʼll use song, stories, and activities to introduce copyright concepts and highlight the power of taking ideas and making them into creative works. This event is great for families with children from 5 to 10 years old.


World Intellectual Property Day, observed on April 26th since 2000, marks the date in 1970 when the WIPO Convention came into force. The anniversary of this occasion is observed as a way of promoting and increasing general understanding of intellectual property. This program is part of the Copyright Matters lecture series and is free and open to the public. 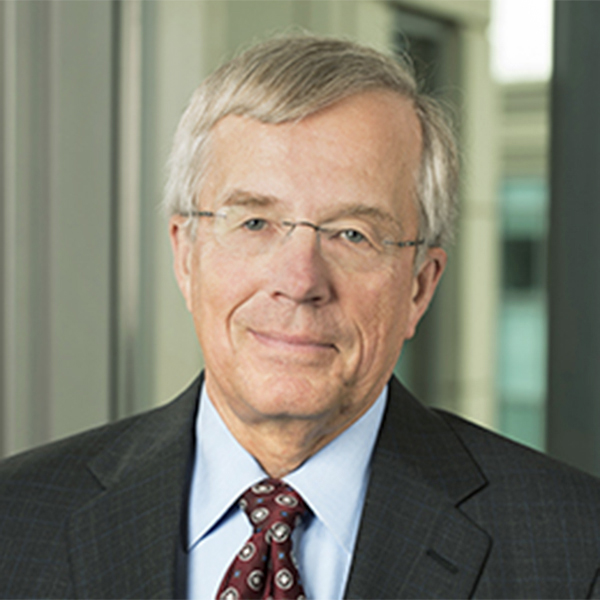 
Robert Garrett whose practice focuses on copyright and telecommunications law, particularly as it affects the sports, media and entertainment industries and new technologies. He represents and advises major sports leagues and organizations, motion picture producers and distributors, recording companies, broadcast and cable television networks, municipal and foreign governments, and others who create or make use of copyrighted works.


Mr. Garrett handles numerous matters before the federal district courts and courts of appeals, US Supreme Court, Copyright Office, Copyright Royalty Board (and predecessors), FCC, Congress and WIPO. He analyzes, under applicable copyright and communications laws, the legality of various technologies and practices. He also assists clients in contractual negotiations and disputes involving the licensing of copyrighted content as well as in the mediation of disputes over the unlicensed use of such content. 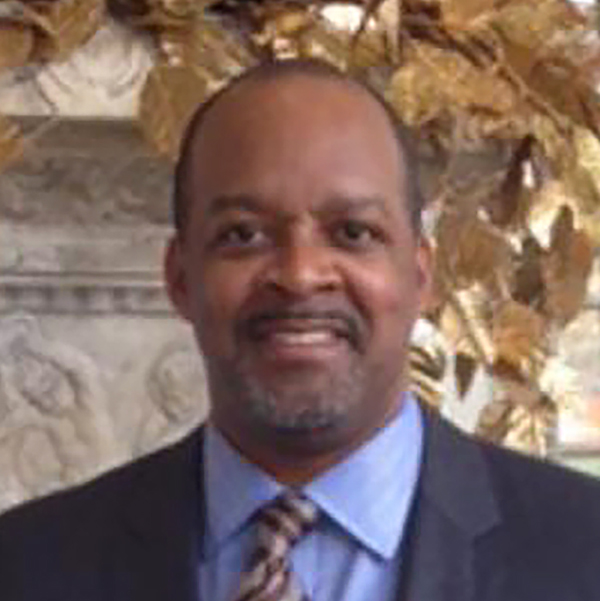 
Derrick Heggans is an Assistant Professor of the Robert H. Smith School of Business at the University of Maryland, serving as the Faculty Champion for the Sports Management Fellows Program. Heggans also serves as the Founder and CEO of Team Turnaround, an organization supporting President Obama’s “My Brother’s Keeper Initiative” focused on improving life outcomes for boys and young men of color. Team Turnaround is focused on using the infrastructure and assets of the sports and entertainment communities to promote equity in education for all underserved kids.


Prior to his time with AOL, Heggans worked for the National Football League from 1998 through 2004 in various legal roles. In May 1998, he began working at NFL Properties, the marketing and licensing division of the National Football League, in the Legal & Business Affairs Department as a staff attorney. His primary role was serving as business affairs counsel for Corporate Sponsorships, Marketing and Special Events. In May 2001, Heggans moved to the Office of the Commissioner of the National Football League as Assistant Counsel for Broadcast Operations and Policy, where he assisted the Broadcasting Department, NFL Films, and NFL Enterprises in negotiating, structuring and administering various League media contracts; advised clubs on broadcast issues; served as chief business affairs counsel for implementation of Super Bowl, Pro Bowl and other NFL run special events; and served on the Super Bowl Policy Committee. 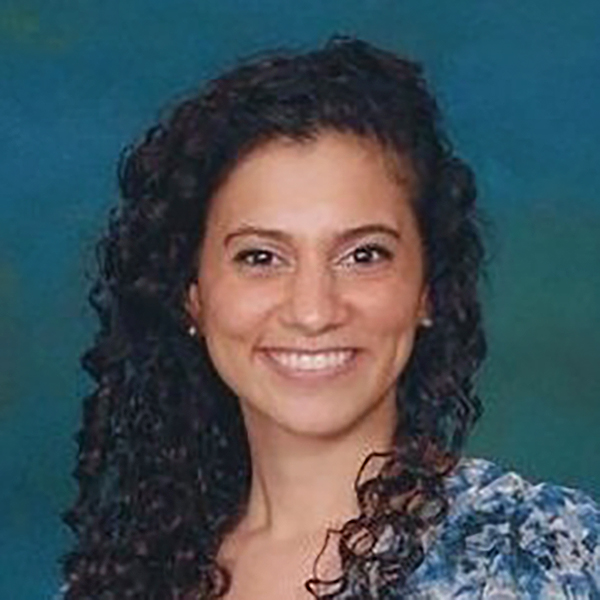 
Ms. Derakhshani serves as Counsel, Tech Policy at the Entertainment Software Association (ESA), the U.S. trade association for the video game industry, where she advises video game publishers and game console manufacturers on a range of technology law and policy matters. Her areas of expertise include privacy, consumer protection, accessibility, and esports. Before joining ESA, Delara served as policy counsel at Consumers Union and worked in the DC Government Affairs office of T-Mobile. Delara received her J.D. and certificate in communications law from The Catholic University of America’s Columbus School of Law and her B.A. from the University of Virginia.